Online: James Kitfield, POLITICO Magazine, Yahoo News, Breaking Defense. The stories on American Jihad, narco-terrorism, Gen. Martin Dempsey and Mike Flynn represent a range of in-depth reporting that enlightens and engages readers on these extremely important topics in the inimitable deep-dive style that is a hallmark of Kitfield. 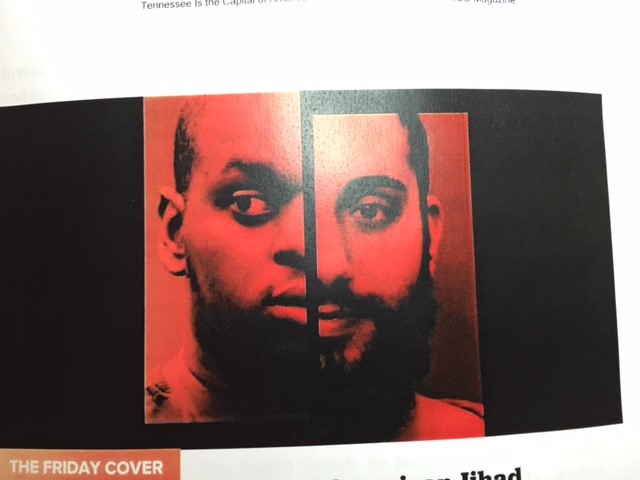 ANATOMY OF AN AMERICAN JIHADIST

“A few years back, Melvin Bledsoe was living a black middle­class, Southern Baptist version of the American dream. Both of his children were college bound, a step up the socioeconomic ladder that Melvin’s own parents could never afford. The Bledsoes were a tightly knit family clasped in the bosom of a supportive and familiar community. And then a personal crisis opened the door to an utterly unfamiliar intruder, and an idea was planted in a wounded psyche that improbably blossomed into a dark and noxious ideology. And before they even understood the gathering peril, the Bledsoes’ American dream became a nightmare.” 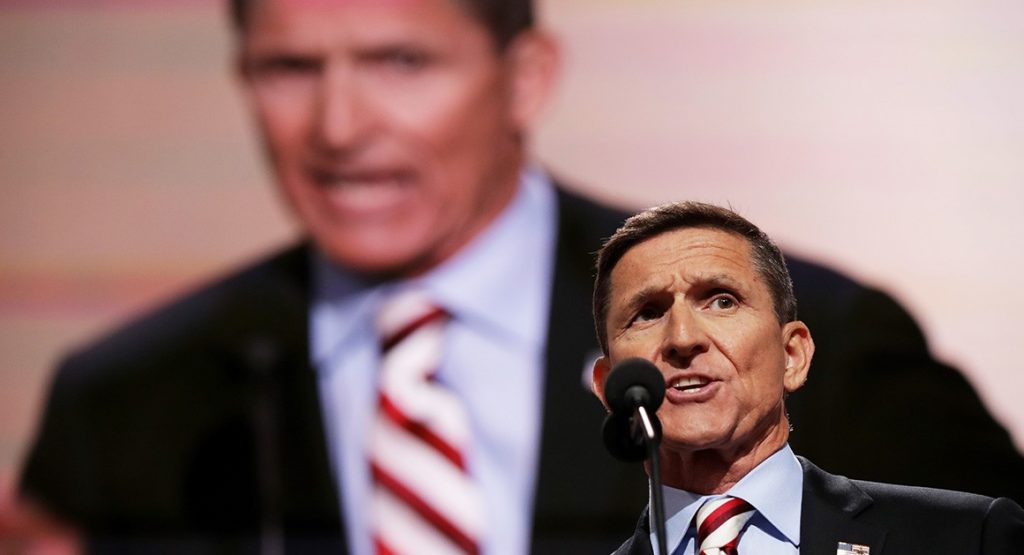 “As the head of the Defense Intelligence Agency Flynn admitted to feeling like a lone voice inside an Obama administration that seemed to believe that the 2011 death of Osama bin Laden had signaled the end of radical Islamist terrorism as a seminal threat. Just months earlier, President Barack Obama had referred to the ascendant Islamic State group, also known as ISIS or ISIL, as a “JV,” or junior varsity, team of terror.

On the day of Flynn’s premature retirement ceremony, August 7, 2014, Obama announced that U.S. warplanes had begun bombing ISIS targets, and U.S. troops would soon be dispatched back to Iraq. So Flynn had been right all along: The global war against radical Islamist terrorists was far from over. I wondered at the time whether confirmation of the fact on the day of his forced retirement might make Flynn bitter.” 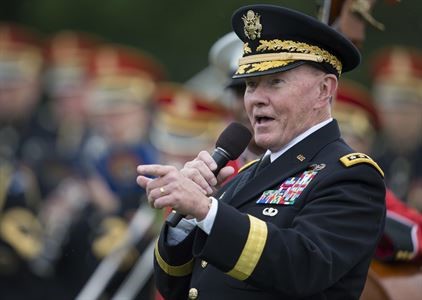 “The final overseas journey of Gen. Martin Dempsey recalled the grip that contested geography and bloody history still retain on the present. Certainly in the young U.S. lieutenant who commanded a company of the 173rd Airborne in Estonia, Dempsey couldn’t help but see a mirror image of himself as a young officer, guarding the border of West Germany against stiff odds. In that 40-year gulf of memory they had managed to push the border nearly a thousand miles east, putting over 100 million people on the side of freedom. That would have to be enough. Martin Dempsey was hanging up his stars.” 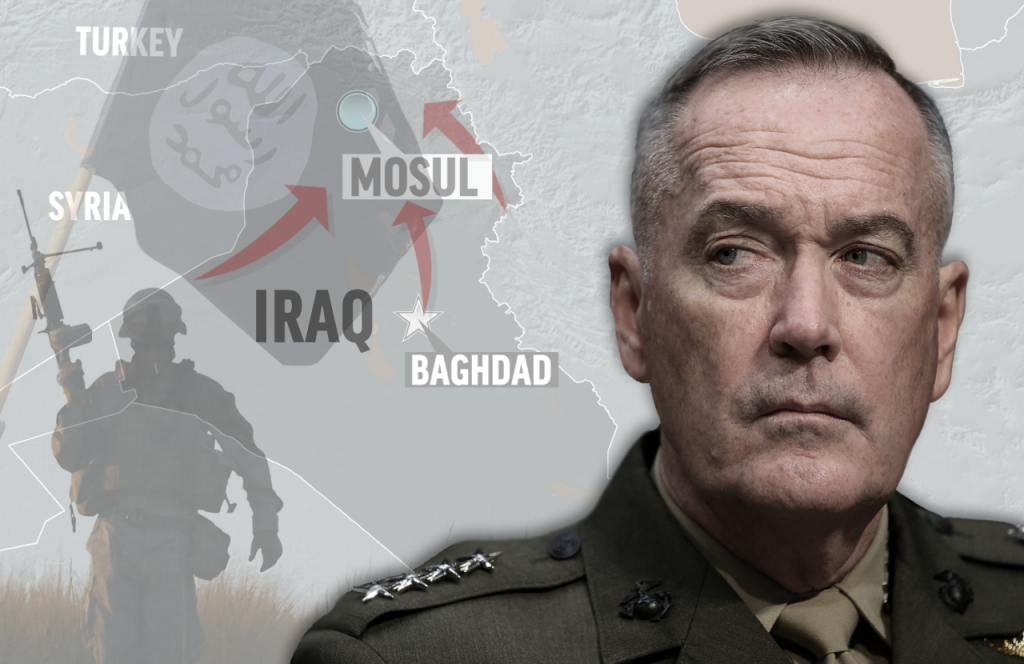 THE BATTLE FOR MOSUL HAS ALREADY BEGUN

“A generation of U.S. military officers that came of age during two previous Iraq wars is returning for what they hope will be a decisive third campaign, this time against the Islamic State of Iraq and Syria, or “Daesh,” in the Arabic acronym. Baghdad must have seemed eerily familiar to Marine Corps General Joseph Dunford, the chairman of the Joint Chiefs of Staff, when he recently landed here to assess preparations for the crucial upcoming battle for Mosul, Iraq’s second-largest city. As a colonel, he ably led the 5th Marine Regiment during the 2003 invasion, earning his nickname of “Fighting Joe” Dunford. All these years later, Dunford and other senior U.S. military commanders are back, hoping for a lasting victory against tyranny and terror in this beleaguered nation.” 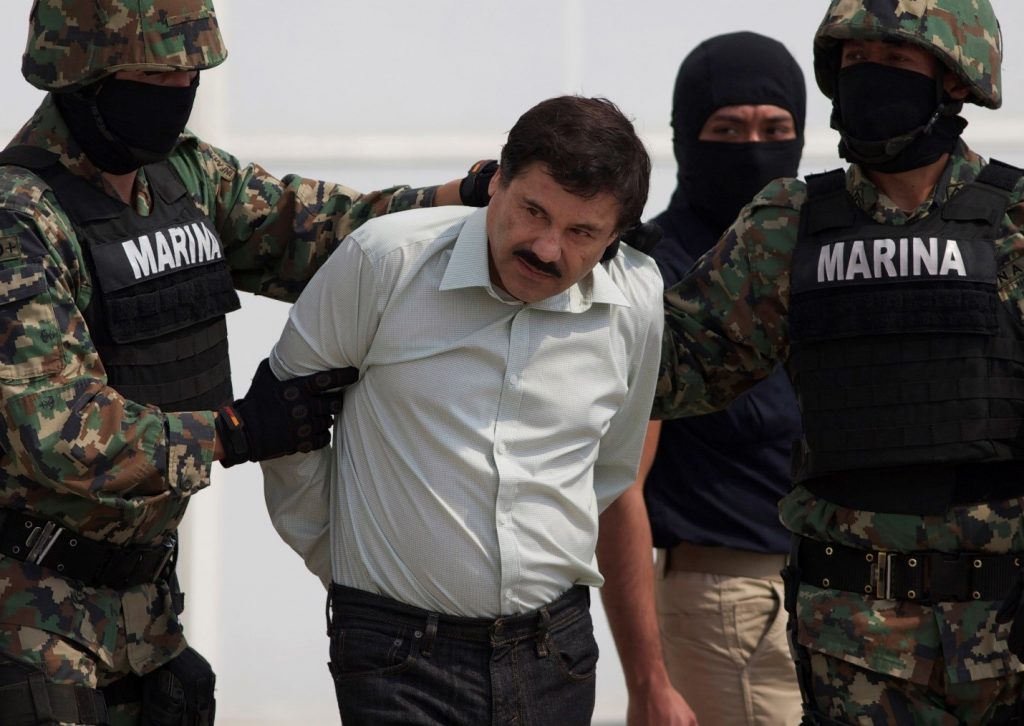 “Perhaps most worrisome, U.S. Southern Command officials like General John Kelly know that the nexus of violent drug cartels, transnational smuggling organizations and terrorist groups in Latin America continues to sustain terrorist hybrids such as the Revolutionary Armed Forces of Colombia (FARC) and Peru’s Shining Path, and to attract extremist groups like Iran’s shadowy terrorist proxy Lebanese Hezbollah, which has long had a presence in the region, due in part to a large Lebanese diaspora in Latin America. That nexus represents the dangerous and rapidly evolving threat of narcoterrorism.” 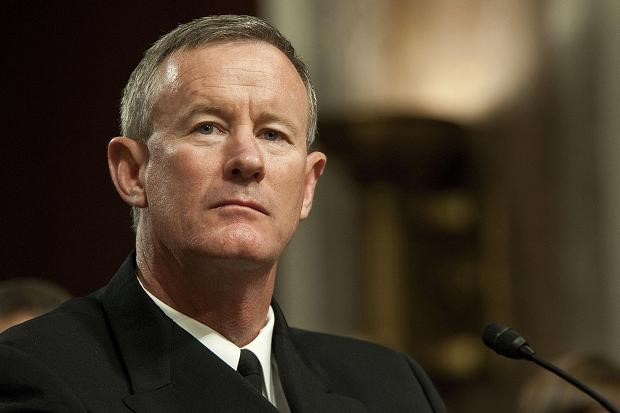 “Retired Adm. William McRaven, former head of Special Operations Command and the man who led the strike against Osama Bin Laden, recently aimed a withering broadside of criticism at Capitol Hill. He accused lawmakers of cynically scuttling the career of a trusted former subordinate; routinely abusing and disrespecting senior military leaders to advance their political agendas; and undermining command authority and good order and discipline in military ranks through undue pressure and political correctness.

The fact that this howl of protest in the Tampa Tribune from one of America’s most respected warriors barely elicited a response, and was quickly drowned out in the din of the daily news crush, is yet another symptom of a growing malaise in civil-military relations. McRaven’s writ against Congress deserves careful consideration not only due to his reputation for thoughtfulness, but also because the intense frustrations he gives voice to are privately shared by many senior U.S. military officers.”

What’s Eating Bill McRaven: Is Congress Too Ignorant Of The Military?