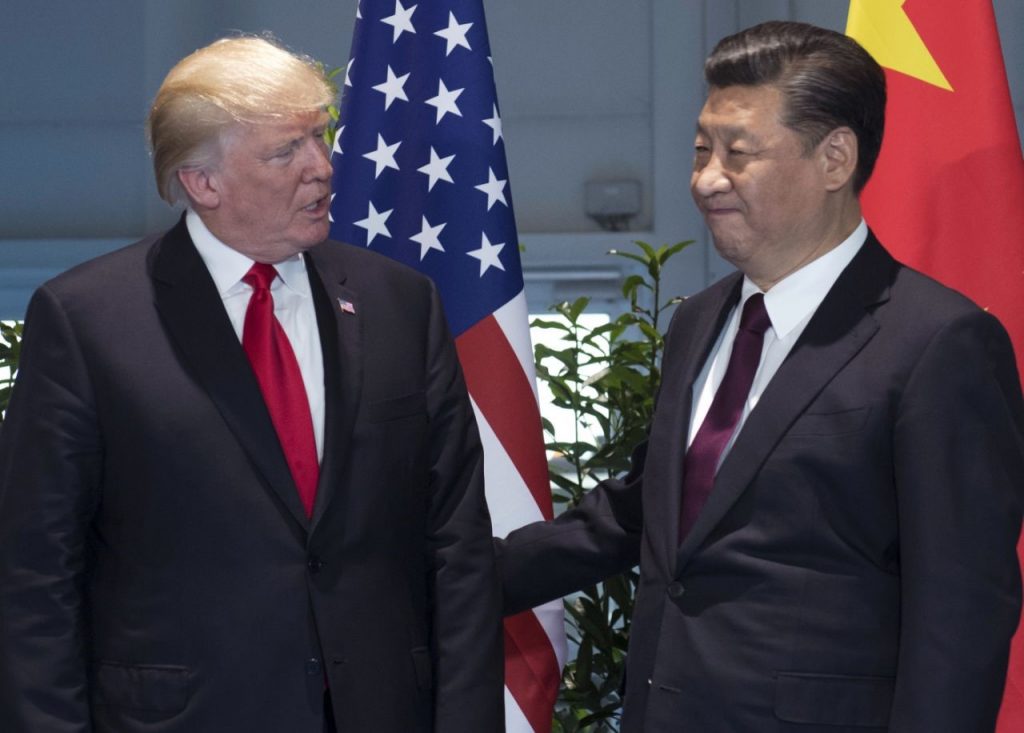 When President Trump lands in China on Wednesday, the world will witness a rare spectacle. The leaders of the world’s two most powerful nations will meet against the impressive backdrop of a military honor guard, a formal banquet and other set pieces in what Chinese officials are touting as a “state visit-plus.” Trump has displayed a soft spot for such official pomp and pageantry, and few countries do it better than China. On a personal level, Trump and President Xi Jinping already established a warm chemistry when the Chinese leader visited Mar-a-Lago earlier this year.

Behind the lavish ceremonies and smiling photo ops, however, the issues confronting Xi and Trump  — from North Korea’s accelerated nuclear weapons program to a yawning trade imbalance  — are deadly serious. For many years, a central challenge in geopolitics has been U.S. efforts as a status-quo superpower to peacefully integrate a rising China into the rules-based international order, predicated on free trade and freedom from intimidation. As the creator and guarantor of that post-World War II order, the U.S. has long enjoyed the world’s No. 1 economy, its only superpower military, and a globe-spanning architecture of alliances that has been the envy of its adversaries for nearly a century.

By promoting a transactional “America First” foreign policy and rejecting multilateral free trade agreements such as the Trans-Pacific Partnership (TPP), the Trump administration has abandoned the critical free-trade pillar of U.S. strategy, sowing confusion and anxiety among our Asian allies. Meanwhile, fresh from a party congress that has made him the most powerful Chinese leader in decades, Xi is eager to step in with a $1 trillion “One Belt, One Road” infrastructure investment initiative designed to draw Asian neighbors into Beijing’s orbit. In that sense, it will be hard not to view the Trump-Xi meeting as a symbolic passing of the torch of Asian dominance from the former to the latter.

“After President Trump killed TPP, there was real resentment among senior Asian officials who felt they had wasted seven years negotiating that trade pact, and had now been discredited with their own constituencies for the compromises they made,” former Defense Secretary William Cohen, now chief of the Cohen Group strategic consulting firm, said in an interview. “Meanwhile, a senior Chinese official personally told me Beijing was glad Trump killed the pact, because they saw a real opportunity to become not just a regional power, but a world economic and military power. So the Chinese are looking like the grand strategists now.”

Mathew Goodman is a senior adviser for Asian economics at the Center for Strategic and International Studies (CSIS), and previously was the White House coordinator for Asia-Pacific Economic Cooperation. “The decision to withdraw from TPP was an unforced error that really set back our position in the region,” he said.  At a time when traditional U.S. allies in Asia are questioning the Trump administration’s commitment to the region, he noted, Xi is giving speeches at economic forums such as Davos this year, claiming the mantle of leadership on globalization and free trade. To add insult to injury, “One Belt, One Road” steals a page from the strategic playbook of the U.S., best illustrated by America’s postwar Marshall Plan for the rebuilding of Europe that helped cement the bedrock Western alliance.

“With its investment in roads and ports across the region under the ‘Belt and Road’ initiative, China is stressing their intent to show new leadership in the region in the wake of the U.S. withdrawal from TPP,” said Goodman, speaking at a recent CSIS briefing on the Trump trip. “So the withdrawal from TPP left a big vacuum. The region is now looking for something from President Trump to fill that vacuum, or otherwise I think China and others are going to move in.”

The strategic dimension of trade is often underestimated relative to military strength, but in truth the two go hand in hand. The American idea that free trade, security and the mutual prosperity they bring would be the foundation of U.S. alliances was perhaps best articulated by President Harry Truman. A key architect of the post-World War II international order, Truman was present at the creation of the United Nations, the World Bank, the International Monetary Fund and NATO. The military alliance was necessary to “strengthen freedom-loving nations against the dangers of aggression,” Truman said in his 1949 inaugural address. “In addition, we must carry out our plans for reducing the barriers to world trade and increasing its volume. Economic recovery and peace itself depend on increased world trade.”

The symbiotic relationship between trade and security in what author Robert Kagan has called “The World America Made” resulted in the U.S. today having treaties and other security agreements with nearly three-quarters of the countries in the world, backed by the deployment overseas of nearly 250,000 U.S. service members. The economic value of those commitments in the form of increased trade and prosperity was made clear in a recent report by the Rand Corporation. Using decades of data and correlating U.S. security agreements, overseas troop deployments and global trade numbers, Rand researchers found “clear evidence that those overseas commitments do indeed strengthen trade between America and other countries, likely worth tens of billions of dollars every year.”

“The United States, China and Russia are in a competition every day for global ‘market share’ in terms of trade, influence and military power, and every day there are winners and losers in that competition,” said a senior U.S. military official, speaking on background. “In that sense, the administration’s rejection of TPP was a win for China and a loss for the United States, because it did create a vacuum that Beijing is trying to fill. So my message to our political leaders is we need some other trade and economic agreements to anchor our military presence in the Asia-Pacific region, because those trade relationships are what we are there to underwrite. Without them, our security ties make less sense.”