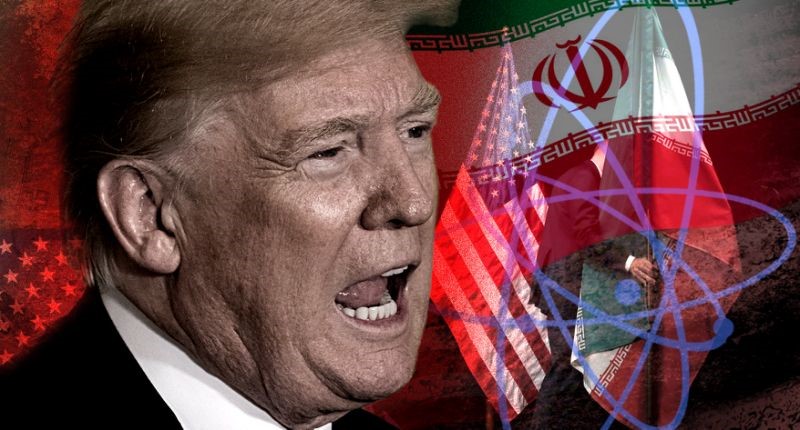 Freed from the shackles of cautious advisers and brimming with self-confidence, President Trump is boldly executing the disruptive foreign policy that he promised as a candidate. In just the month of March, Trump jettisoned his secretary of State, national security adviser and chief economist, replacing these so-called “adults in the room” with officials more aligned with his unilateralist and nationalist impulses. In rapid succession Trump bypassed his top intelligence advisers in agreeing to an unprecedented summit with North Korean leader Kim Jong Un, rattled Congressional Republicans by provoking a trade war with China, and surprised close aides by inviting newly “re-elected” Russian President Vladimir Putin to a congratulatory visit at the White House. This week he blindsided the Pentagon in calling for the withdrawal of U.S. troops from Syria, and announcing the deployment of the National Guard troops to the border with Mexico.

Next month promises even greater disruption. With a May 12 certification deadline fast approaching, the newly liberated Trump is poised to fulfill one of his favorite campaign pledges: walking away from an Iran nuclear deal negotiated in 2015 by the Obama administration. Trump has called the deal an “embarrassment to the United States” and “one of the worst and most one-sided transactions the United States has ever entered into.” 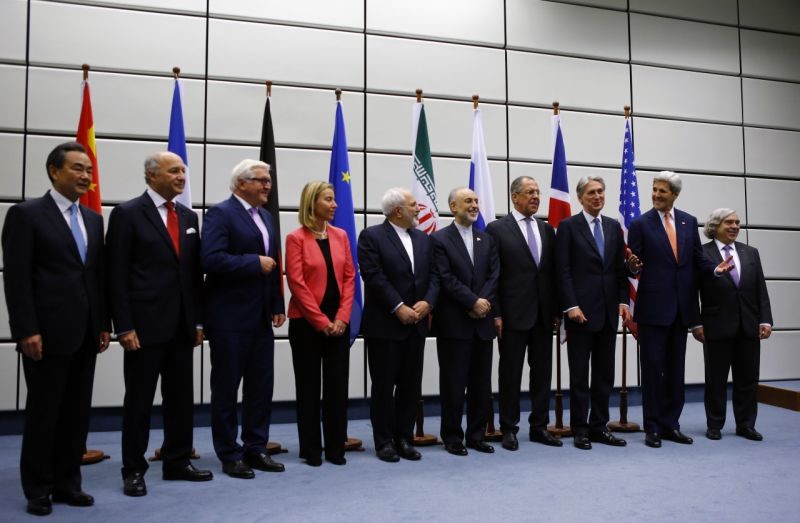 Certainly Trump’s recent personnel moves seemed to telegraph a determination to kill the Iran nuclear deal, which granted Iran sanctions relief in return for limits on its nuclear program. Outgoing national security adviser H.R. McMaster and outgoing Secretary of State Rex Tillerson, along with Defense Secretary James Mattis, all supported maintaining the agreement. But the new National Security Adviser John Bolton, an uber-hawk who has consistently advocated preemptive military strikes against both Iran and North Korea to destroy their nuclear programs, has called the Iran nuclear deal a form of “appeasement.” Secretary of state-designate and former Congressman Mike Pompeo is also a vociferous critic of the Iran deal, a fact Trump stressed in naming him to replace Tillerson.

“I actually got along well with Rex, but really it was a different mindset,” Trump told reporters last month after announcing the switch. “When you look at the Iran deal, I think it’s terrible. I guess [Tillerson] thought it was OK. … With Mike Pompeo, we have a very similar thought process. I think it’s going to be great.”

Yet the strategy behind Trump’s apparent plan to torpedo the Iran nuclear deal on the eve of nuclear talks with North Korea eludes many experts. U.S. diplomats spent years erecting the crippling multilateral sanctions regime that eventually forced Iran to the negotiating table with the “P-5 plus Germany” (Germany plus the five permanent members of the U.N. Security Council — the United States, Russia, China, France and Great Britain). The International Atomic Energy Agency was charged with verifying the agreement and judges that Iran is in compliance, and all of the other parties remain supportive of the deal. The Trump administration’s unilateral hard line thus threatens to isolate the United States, rather than Iran, and potentially start a drumbeat for the kind of preventive war for which John Bolton has long been a champion, including the 2003 Iraq War.

“Assuming the Trump administration is going to walk away from the Iran deal, the real question I have for them is what do they plan to do the day after?” former Under Secretary of State for Political Affairs Wendy Sherman, who led the U.S. negotiating team that concluded the Iran nuclear agreement, said in an interview with Yahoo News. Even if European allies try to maintain the deal along with Russia and China, she noted, it will leave the United States on the outside and alone. “And if President Trump reimposes sanctions, and Europe cannot keep [the deal] going in some way, the Iranians will likely kick out the international inspectors and reject the deal’s extraordinary verification regime, leaving the United States and its allies with no eyes on what the Iranians are actually doing on the nuclear front.”

Walking away from the deal will thus make it easier for Iran to  acquire a nuclear weapon, Sherman argued, and push the United States closer to a larger war in the Middle East that the president insists he doesn’t want. “And while President Trump may believe walking away from the Iran deal will show North Korea how tough he is on the eve of talks, instead it will show Pyongyang that the United States cannot be trusted as a negotiating partner,” said Sherman, currently a senior counselor at Albright Stonebridge Group. “So I simply do not understand what the Trump administration’s plan is for the day after they reject the Iran nuclear deal.” 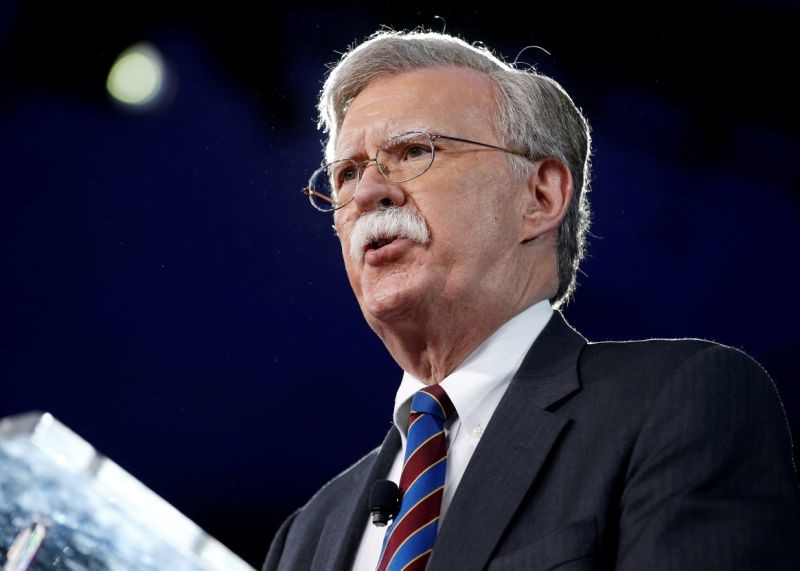 Despite drawing Russia, China and the European Union into a United Nations-backed sanctions regime and effectively isolating Tehran, Obama administration officials faced tough negotiations with their Iranian counterparts. At numerous junctures, Sherman’s team believed that the talks were on the verge of collapse. In the end, they reached an agreement that in exchange for relief from nuclear-related international sanctions, Iran would eliminate most of its stockpile of enriched uranium, limit its ongoing enrichment activities to a single facility using older centrifuges for 10 years, and grant Atomic Energy Agency inspectors regular access to all nuclear facilities.

From the beginning, the Iran nuclear deal faced intense criticism from congressional Republicans, who resented that the Obama administration did not submit it as a treaty for the Senate’s “advice and consent.” Israeli Prime Minister Benjamin Netanyahu was another vociferous critic, and he took the extraordinary step of deriding the deal before a joint session of the U.S. Congress in 2015. More recently, Netanyahu visited the Trump White House early last month, shortly before Tillerson was fired.

Specifically, critics objected to the Iran deal’s “sunset” clauses that begin relaxing some limitations on Iranian uranium enrichment after 10 years. They also derided what was historically an unusually strict verification regime for not including no-warning inspections of military sites (instead, the agreement gives Iran 24 days to respond to anAtomic Energy Agency request to inspect a military site). Most of all, critics objected to the fact that the agreement did nothing to constrain Iran’s other destabilizing behavior, including its continued development of ballistic missiles and support for terrorist proxies throughout the Middle East.

“I actually think it would be a mistake for the Trump administration to walk away from the Iran deal if the Europeans are willing to step up and help us fix it, including by joining with the United States in leveling powerful sanctions against Iran for its missile programs, pressuring the [energy agency] to start inspecting Iranian military sites, eliminating the sunset provisions under which nuclear restrictions disappear over time, and designating both the Iranian Revolutionary Guards and Hezbollah as terrorist organizations,” said Mark Dubowitz, chief executive officer of the Foundation for Defense of Democracies, a pro-sanctions group. If the Europeans agree to those fixes and the Trump administration refuses to take “yes” for an answer — which looks more and more likely with the selection of John Bolton as national security adviser —Dubowitz notes that there is indeed a likelihood that the United States will become politically isolated.

“Splitting the United States from our European allies has been an Iranian objective for years, and that could play into their hands,” said Dubowitz. “On the other hand, Trump demanding that the agreement be fixed could send the useful message that the United States won’t be bound by fatally flawed agreements that give our adversaries pathways to nuclear weapons and intercontinental ballistic missiles.”

Proponents of the Iran nuclear deal point out that European allies were working closely with the State Department under Tillerson to find common ground on the “fixes” demanded by Trump. They point out that restraining Iranian behavior in other areas, such as support for terrorism, wasn’t part of the agreement, which was narrowly focused on nuclear weapons.

“The Iran nuclear agreement doesn’t deter Iran’s missile program or change its support for extremist groups, nor does it cure cancer or help you shed those unwanted pounds. It only helps stop Iran from building a nuclear bomb, and that’s good enough,” said Joseph Cirincione, president of the Ploughshares Fund, a pro-arms control group. The irony is that the Europeans were trying hard to accommodate the Trump administration, he said, before the appointments of Pompeo and Bolton. “That convinced the Europeans that rather than trying to fix the Iran agreement, Trump is determined to kill it, and he is assembling Pompeo and Bolton in a war cabinet. Our European allies remember the role Bolton played in killing the Agreed Framework nuclear agreement with North Korea [in the Bush 43 administration as under secretary of state for arms control and international security] and in pushing for the invasion of Iraq. The Europeans want no part of a replay.”

Kori Schake is the deputy director-general of the International Institute for Strategic Studies in London, and a former member of George W. Bush’s National Security Council staff. “The Trump administration walking away from the Iran deal has the potential to open a big rift in transatlantic relations, because our European allies feel that they made a good faith effort to address American concerns, and it didn’t seem to matter,” she said in an interview. Even if Trump exits the agreement, she noted, the Europeans are likely to work with the Iranians, Russians and Chinese to try to preserve it. “And their perception will be that it is not just Iran, but increasingly the United States that is destabilizing the international order, and needs to be contained.” 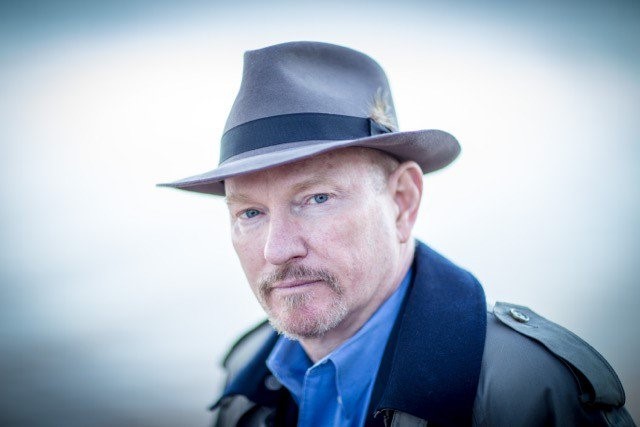 James Kitfield is a senior fellow at the Center for the Study of the Presidency and Congress, and the former senior national security correspondent for National Journal. A three-time recipient of the prestigious Gerald R. Ford Award for Distinguished Reporting on National Defense, he has covered national security, intelligence and foreign affairs issues from Washington, D.C. for more than two decades.