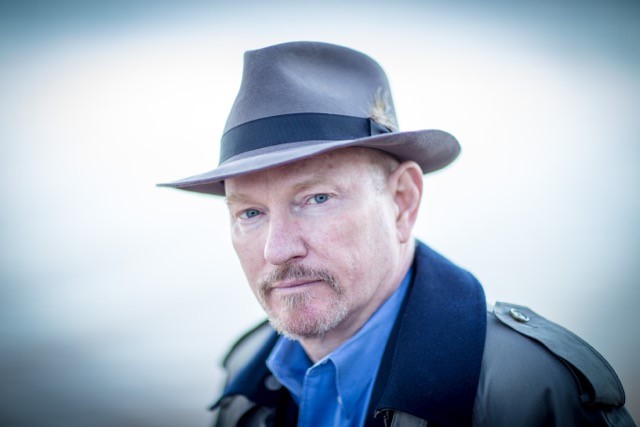 James Kitfield is  Senior Fellow at the Center for the Study of the Presidency and Congress, and a contributing editor at Atlantic Media, publisher of The Atlantic and National Journal. He was the former senior national security correspondent for National Journal, and has written on defense, national security and foreign policy issues from Washington, D.C. for over two decades, publishing hundreds of magazine features and web stories and reporting from dozens of countries in Europe, the Middle East, Asia, Latin America and Africa. His reporting from conflict zones such as the Balkans, Iraq and Afghanistan has won numerous awards.

Mr. Kitfield is the only three-time winner of the prestigious Gerald R. Ford Award for Distinguished Reporting on National Defense, most recently in 2009 for his first-hand reporting on the Afghan War and coverage of other conflicts and threats. In awarding the $5,000 prize, the judges noted that “Mr. Kitfield hit a home run with each submission. The quality and breadth were extraordinary; providing a tour d’horizon of the critical issues of our times… the judges would like to commend Mr. Kitfield for a body of work that was consistently strong, penetratingly relevant, and written to help Americans understand the intricacies of the global risks and realities the nation now faces.”

The Military Reporters and Editors Association and the Medill School of Journalism have awarded Mr. Kitfield their top prize for excellence in reporting six times, most recently in 2016 in the “Online Journalism” category for his articles in POLITICO Magazine, Yahoo News and Breaking Defense. In awarding the prize, the judges noted that “the stories on American Jihad, narco-terrorism, Gen. Martin Dempsey and Mike Flynn represent a range of in-depth reporting that enlightens and engages readers on these extremely important topics in the inimitable deep-dive style that is a hallmark of Kitfield.”

In 2011 Kitfield won top honors from the Military Reporters and Editors Association and Medill School of Journalism in both the overseas and domestic reporting categories for his first hand coverage of the wars in Iraq and Afghanistan, and the impact of those conflicts on the home front. Of his overseas reporting, which included following medevac crews from Iraq and Afghanistan to the United States and investigating targeted killings by drones, the judges concluded that “Kitfield gives readers a clarifying understanding of the issues.” In honoring his domestic coverage, the Medill judges noted that Kitfield “provided readers with penetrating analysis based on deep reporting on topics ranging from the future of defense spending, doomsday weapons and the shift in power from a Western alliance to China.”

The National Press Club honored Mr. Kitfield with its Edwin Hood Award for Diplomatic Correspondence to recognize excellence in reporting on diplomatic and foreign policy issues in 2000. Citing Mr. Kitfield’s insightful writing on trans-Atlantic issues, the German Marshall Fund awarded him its Peter R. Weitz Prize in 2001 for excellence in reporting on European affairs. In 2002 Mr. Kitfield received the Stewart Alsop Media Excellence Award, sponsored by the Association of Former Intelligence Officers, for his coverage of the September 11, 2001 terrorist attacks and follow-on events. The Alsop Award recognizes journalists who have made “an exceptional contribution to balanced and informed coverage on national security and intelligence-related issues.” In 2008 the White House Correspondents Association awarded Mr. Kitfield an honorable mention in the Edgar A. Poe Awards for coverage of news of national significance, citing his coverage of the Taliban resurgence in Afghanistan. In 1987, Mr. Kitfield won the Jesse H. Neal Award for Excellence in Reporting from the Association of Business Publishers for an article on the vulnerability of the Navy’s surface warships that preceded the tragic attack on the USS Stark by an Iraqi aircraft.

Mr. Kitfield is author of the new book “Twilight Warriors: The Soldiers, Spies, and Special Agents Who are Revolutionizing the American Way of War” (Basic Books, 2016). In its review of the book, the Wall Street Journal review noted that “Mr. Kitfield, a veteran national-security reporter whose earlier book, “Prodigal Soldiers” (1997), deftly narrated the U.S. military’s revitalization after Vietnam, here provides an enlightening tour of 21st-century counterterrorism—its successes and failures, its evolving technologies, and its ever-festering rivalries among national-security agencies.”  Former Army Chief of Staff General Dennis Reimer concluded “Twilight Warriors is undoubtedly one of the best books I have ever read. A brilliantly written narrative and real-world adventure that draws the reader in and vividly explains how a group of dedicated professionals helped keep our country safe after the 9/11 terrorist attacks.” Noted counter-terrorism expert and author Bruce Hoffman, director of Georgetown University’s Center for Security Studies, called “Twilight Warriors” “compelling and insightful,” offering “the most up-to-date account available of the ongoing war on terrorism. James Kitfield’s gripping portraits of the key figures leading this struggle makes this book required reading for anyone wishing to understand the threat that terrorism continues to pose – and what we are doing to defeat it.”

Mr. Kitfield is also the author of “War & Destiny,” (How the Bush Revolution in Foreign and Military Affairs Redefined American Power), published by Potomac Books in 2005. U.S. Naval Institute Proceedings said the book “explains the neoconservative ideology and its effects with such clarity that nothing happening today in Iraq, Afghanistan or elsewhere should be a surprise…his accounts as a print journalist seem more gripping than anything reported on television.” Joint Forces Quarterly said “War and Destiny” will “rank with the best” of the post-9/11 books, and is “well written, comprehensive, and complex.”

Mr. Kitfield is also author of “Prodigal Soldiers,” (How the Generation of Officers Born of Vietnam Revolutionized the American Style of War), published by Simon & Schuster in 1995. The Chicago Tribune called the book “A major work of U.S. military history,” and the Wall Street Journal referred to it as “One of the most illuminating military books in recent years.” The Chiefs of Staff of both the Air Force and the Army have put the book on their official reading lists.

Mr. Kitfield frequently comments on national security and foreign affairs issues on radio and television. He is a regular participant on National Public Radio’s “Diane Rehm Show” and Friday News Roundup, and he has appeared numerous times on the PBS News Hour, Washington Week in Review with Gwen Ifil, CNN, Fox, BBC, C-SPAN, Voice of America, the McLaughlin Group and other broadcast outlets. He frequently moderates live events for National Journal and other organizations such as the Council on Foreign Relations (where he is a member), interviewing top lawmakers and policymakers before live audiences, to include former Defense Secretary Robert Gates, former Chairman of the Joint Chiefs Admiral Mike Mullen, former Senators Sam Nunn, D-Ga., and Richard Lugar, R-Ind, and many other Washington power brokers.