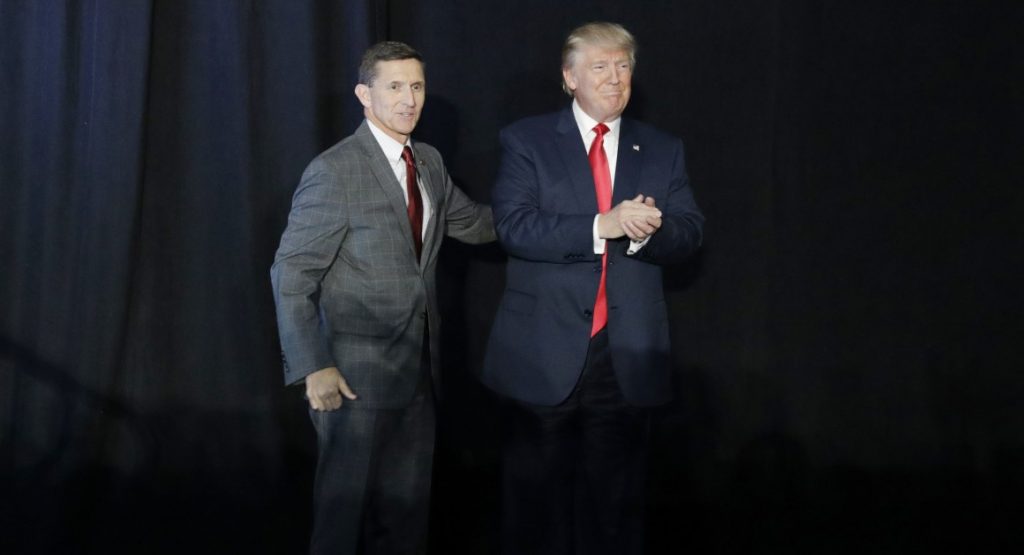 Retired Vice Admiral Robert Harward spent much of the past decade leading fellow SEAL commandos into some of the darkest corners on earth. He was deputy commander of the secretive Joint Special Operations Command (JSOC), in charge of “black ops” counterterrorism units such as the Army’s Delta Force and Navy’s SEAL Team 6, and he spent over six years fighting terrorists and insurgents in Afghanistan and Iraq.

And yet when offered the prestigious position of national security adviser to President Donald Trump, Harward ultimately decided it was too risky. After all, his predecessor Lt. Gen. Michael Flynn, the former JSOC intelligence chief who also served lengthy combat tours in Iraq and Afghanistan, lasted less than a month on the job.

Harward’s decision Thursday evening to decline the plum position leaves former CIA director General David Petraeus (ret.), and retired Lt. General Keith Kellogg, acting national security adviser, as the leading candidates for the job. On Friday, Trump announced on Twitter that Kellogg “was very much in play for NSA – as are three others.”

Flynn’s resignation and Harward’s surprise rejection in a single week raise the question of whether even decorated flag officers can bring order to a West Wing dominated by an unpredictable and undisciplined commander-in-chief, and already beset by controversy, backstabbing and competing power centers. In just their first month in power, Trump and his inner circle have provoked a bare-knuckle fight with the U.S. intelligence community that has led to nearly unprecedented leaks of damaging classified information; fumbled the premature rollout of an immigration ban that sparked widespread condemnation and was thwarted by a federal court; and became embroiled in murky dealings with the Russians that are now the subject of multiple investigations, and led to Flynn’s resignation.

To steady that ship the next national security adviser will first have to gain the trust of the mercurial commander-in-chief, and quickly establish cooperative working relationships and decision-making processes with other White House power players who have closer and deeper ties to the president, to include Vice President Mike Pence; Chief Strategist Stephen Bannon; White House Chief of Staff Reince Priebus; senior policy adviser Stephen Miller; and close Trump confidant and son-in-law Jared Kushner.

Given the gulf in views between establishment conservatives Pence and Priebus, populist ideologue Bannon, hard-right policy wonk Miller, and wild card Kushner, finding firm common ground and building consensus may not even be possible or, at least in the eyes of the one person that matters, all that desirable.

“Donald Trump learned about political infighting on ‘The Apprentice,’ where his management technique was to provoke fights between the different candidates and teams, and then decide who prevails,” says Robert Bear, a former Middle East case officer for the CIA. “I don’t see him changing that style in the White House. When was the last time you saw a 70-year-old man change for the better?”

According to news reports, Admiral Harward was concerned he would not be able to put his own team in place, especially after indications that Flynn’s deputy national security adviser K.T. McFarland was going to stay. Red flags were also raised weeks earlier, when Trump took the unprecedented step of making his political strategist Bannon, the populist provocateur and former head of Breitbart News, a formal member of the National Security Council’s Principals Committee, on par with four-star generals and Cabinet officials on the most important decision-making body in government.

“Trump criticized Obama as having the worst national security policies, but a big reason those policies were not more successful on issues like Afghanistan and Iraq was because military advice was too often marginalized,” says Kori Schake, who served on the Bush administration’s National Security Council and is currently a research fellow at the Hoover Institution think tank. “With that new NSC directive, Trump opened himself up to the same criticism that he is increasing the role of a political operative like Bannon in national security decision-making.”

In considering a roster of retired flag officers for the job, Trump has once again revealed a strong preference for populating his national security apparatus with military types. Harward was close to Secretary of Defense Jim Mattis, a retired Marine general, and reportedly had the support of retired Marine General John Kelly, head of the Department of Homeland Security. If the next national security adviser is another retired general, that could at the least facilitate a more orderly and disciplined decision-making process by strong-willed and potentially like-minded officials.

“What you need in a national security adviser is a good bureaucratic manager who is knowledgeable about world and security affairs, and who can help secure a consensus among strong-minded individuals who lead important components of the national security apparatus,” former Defense Secretary William Cohen wrote in an email. “His or her job is to limit the times that consensus cannot be achieved and issues must therefore be pushed to the president for resolution. It doesn’t necessarily take a military officer to do that job, but the most successful have had stars on their sleeves, with [retired Air Force Lt. General] Brent Scowcroft, and [former Army General] Colin Powell being the best examples.”

Of course there is another, more cautionary example that Admiral Harward may have had in mind when he declined the job – that of retired General Jim Jones, a former commandant of the Marine Corps and President Barack Obama’s first national security adviser. Jones is credited with initially making the national security trains run on time, but he was ultimately marginalized by the tight inner circle of holdovers from Obama’s campaign and Senate staff.

“A national security adviser has to successfully manage three key constituencies: first and foremost his relationships with the president, but also his relations with other senior officials in the West Wing, and with Cabinet officials in various agencies,” says Peter Feaver, who served on the Bush 43 National Security Council and directs Duke University’s Program in American Grand Strategy. “In the case of General Jones, at some point it became clear that as an outsider he was unable to break into that inner circle of people who had long ago locked in their relationships with President Obama. As a result Jones failed to gain the president’s full trust, and thus lost effectiveness.”

If the next national security adviser is indeed another retired flag officer, another pitfall he or she will have to avoid is “group think” in a national security apparatus already heavily leaning in the Pentagon’s direction. As the old saying goes, if all you have is hammers, then every problem looks like a nail.

“I’m not really worried about the Trump administration having a ‘militarized foreign policy’, but there are potential downsides to the military point of view being over-represented in national security deliberations,” says Feaver. “Effective statecraft requires that an administration integrate all tools of American power, to include diplomacy and economic statecraft. If the knowledge base of top officials and advisers is heavily weighted towards the military that can be harder to do. Not impossible, but more difficult.”

In the recent Center for American Progress report, “Process Makes Perfect: Best Practices in the Art of National Security Policymaking,” authors Schake and William Wechsler interviewed former national security advisers searching for lessons learned at the nexus of American power. The report’s key takeaway is that any deliberative and decision-making process put in place by the next national security adviser will fail unless it matches the commander-in-chief’s management style and personal proclivities.

That’s an “enormous challenge” with Trump, notes Schake, who observes that the president’s management style is to “create competing power centers producing multiple options that maximize his freedom of action, and allow him to be unpredictable.” Trump revels in his unpredictability, but it’s a very costly and risky way for a great power to pursue national objectives, Schake says, because friends can’t synchronize their actions to support you, and adversaries don’t know where the boundaries of acceptable behavior lie.

What if, Schake wonders, the next national security adviser tries to implement a more disciplined decision-making process, “only to discover that President Trump really doesn’t want to be disciplined?”

“Our mistake may be expecting this White House to follow a linear process where mistakes are made, lessons are learned and they steadily get better,” she says. “The reality may be a more scattershot cycle of ‘Wash, Rinse, Repeat.’”

James Kitfield is senior fellow at the Center for the Study of the Presidency & Congress. He is a contributing writer at POLITICO Magazine, Atlantic Media and other news outlets, and has written about defense, national security and foreign policy issues from Washington, D.C., for more than two decades. He is also the author of the recent book “Twilight Warriors: The Soldiers, Spies and Special Agents Who Are Revolutionizing the American Way of War.” (Basic Books, 2016).